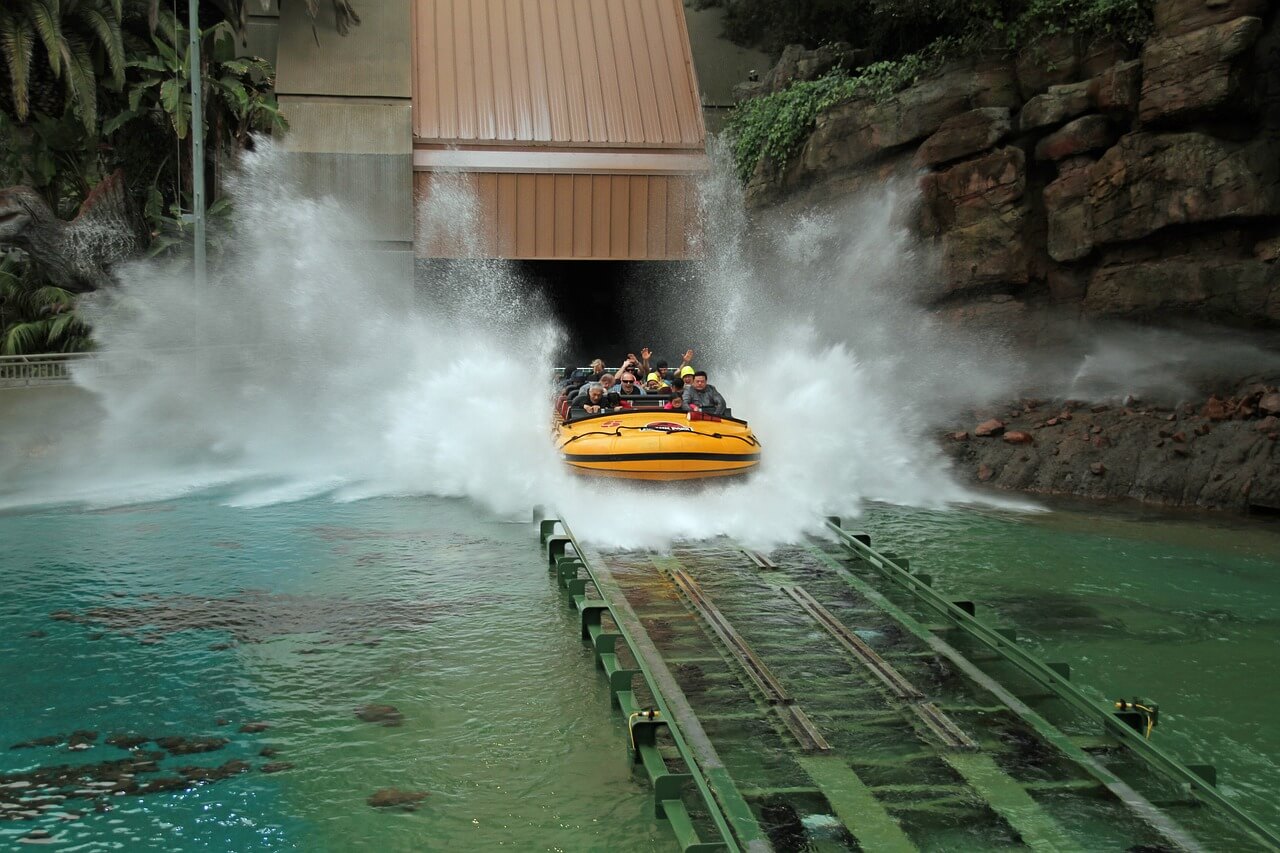 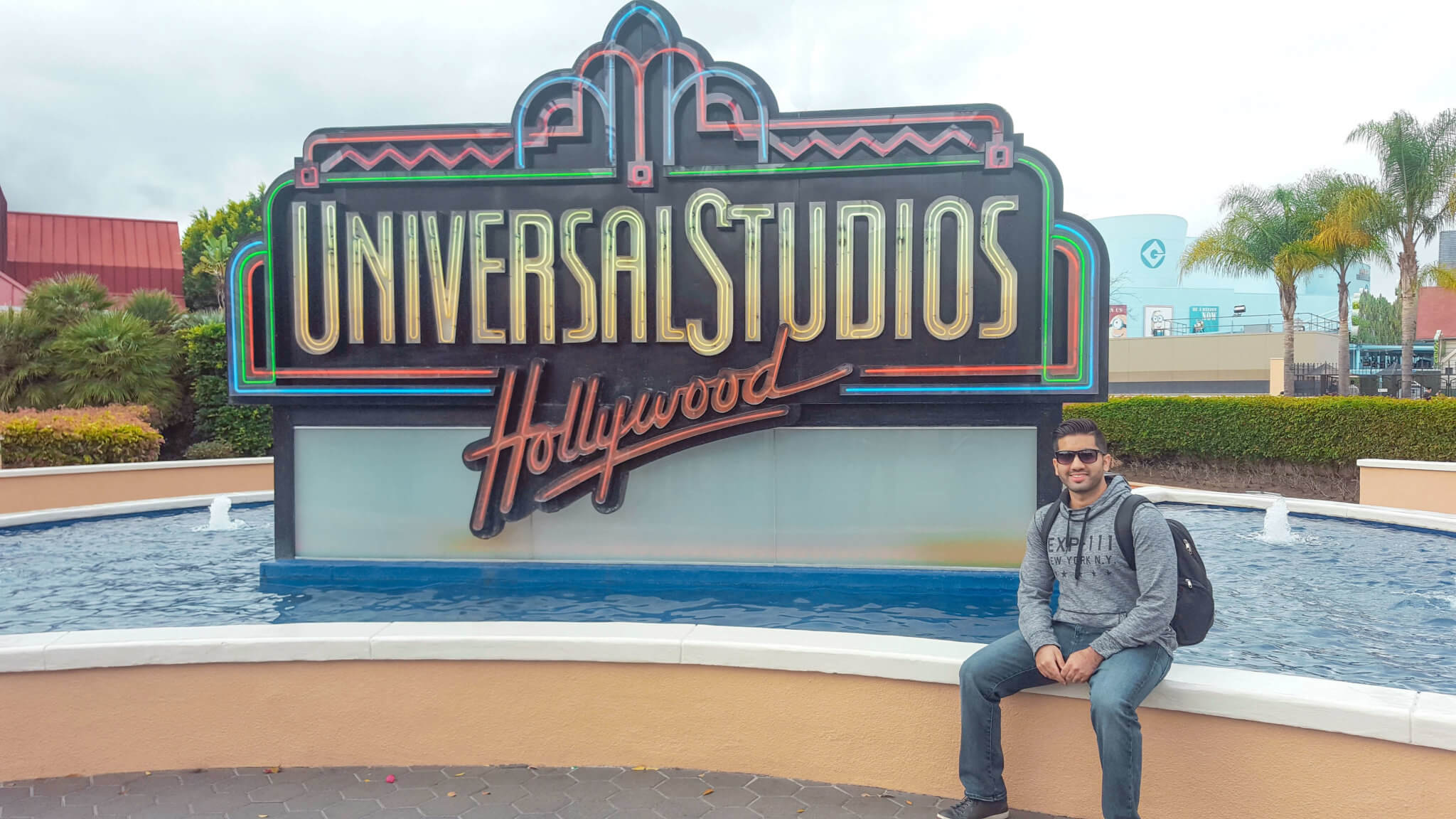 We took advantage of the great travel deal we found from Toronto to Orange County for only $130 with Delta Airlines. We were lucky enough to spend a day at Universal Studios Hollywood during our Southern California trip. We went the first week of March and crowds were low. The park is very uniquely made of up 2 lots, the upper and lower lots that are separated by a cliff and about 5-6 flights of escalators/stairs. There’s a nice scenic viewpoint when you reach the top of the escalators of the upper lot.

It’s advisable to not use the Universal Studios exit off the highway. Instead, get off at Lankershim Blvd. Drive up a hill to the upper lot and past the lights at Hotel Drive and you’ll find an entrance to parking that is much less crowded. Find the Jurassic Park parking structure for general parking. It was a real short walk to the entrance of the park from City Walk.

Must-See Attractions Not in Orlando

My favorite attraction was World-Famous Studio Tour. The park itself lies right next to the actual studios that current T.V and movies are being filmed. We hopped on a tram that had a guide giving live commentary. The tram takes you inside and through the many sets they have built for current and past movies. My favorite parts were the Bates Motel and wreckage of a real Boeing 747. Personally, I found the two 3D rides of King Kong and Fast & Furious included in the tour to be a little underwhelming. I won’t give it away, but the tour was still very fascinating and definitely worth it. Do not skip this one!

The Walking Dead Attraction is also another one exclusively in California. It’s a frightening walking tour where you go through a maze of zombies trying to grab you. If you’re a fan of the show, you will love this attraction. Be sure you have someone to grab onto because they come out of nowhere! 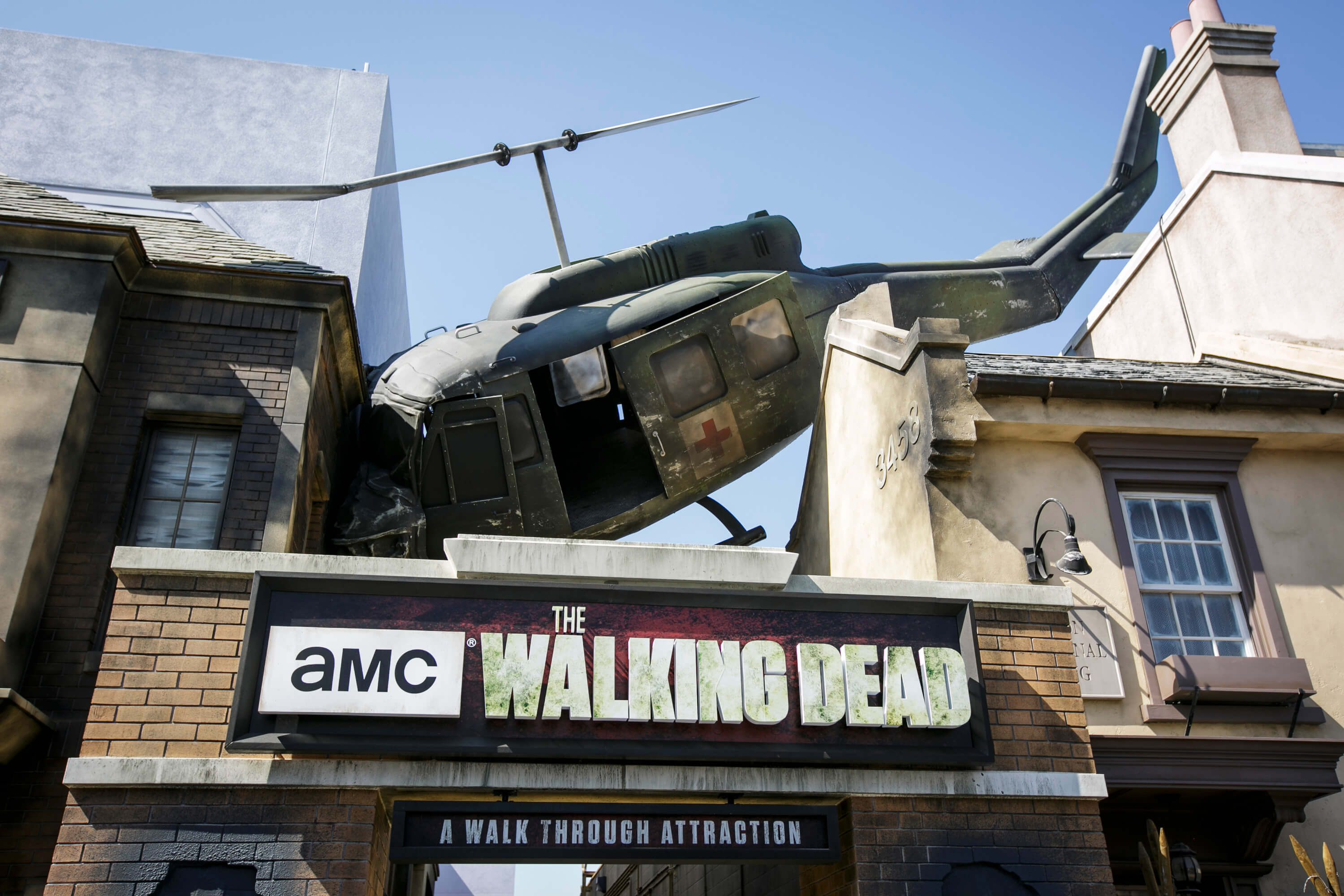 The Waterworld show was extremely well done! There are huge fires and fireworks and a full sized water-plane bursting through the wall. It was extremely action packed, interactive and thrilling! It was my favorite out of all the shows at Universal and one I highly recommend seeing. The actors performed incredible stunts involving jets skis, boats and acrobatics high up on the stage. The show definitely brought some nostalgia from the 1995 Kevin Costner film of the same name. If you want to get drenched, sit in the splash zone which are the first 3-4 rows! 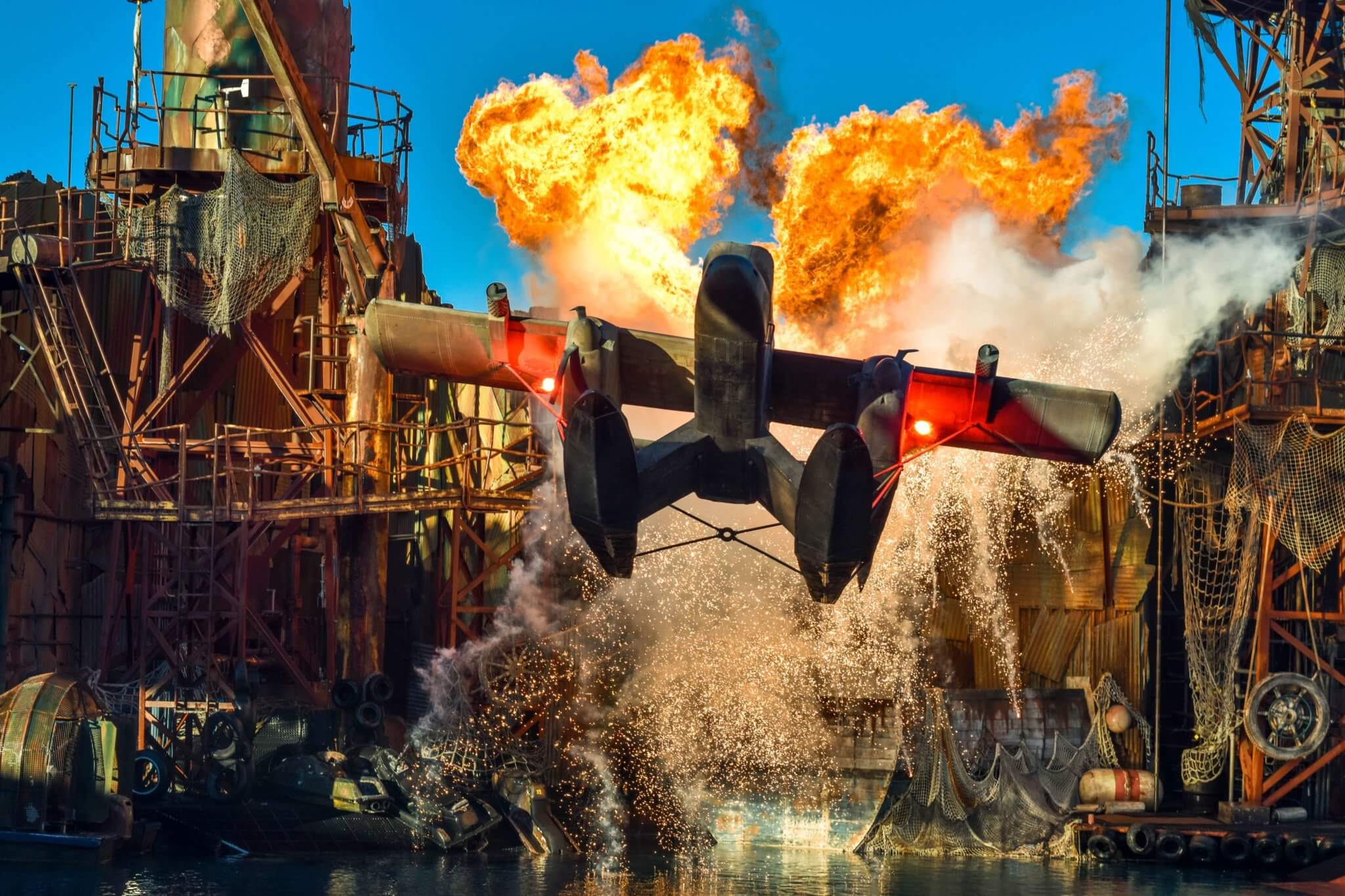 Why the Universal Express Pass Is Worth It

Even though crowds were low, we still found the Universal Express Pass to be worth it. We spent a total of 6 hours at the park and successfully went on every attraction at the park minus the Super Silly Fun Land which is meant for younger children. We still had a few hours left of daylight when we left which gave us time to grab something to eat and head over to the Universal City Overlook and the Mulholland Scenic Overlook to watch the sunset over the San Fernando Valley.

At the Special Effects Show, the Universal Express Pass offers reserved seating that is front and center. At the Waterworld show, the lineup at the 2:50 pm show was huge. The pass helped in that we waited in a small line and got to the seating first. If you like getting wet, there are certain seats that are part of the splash zone and they fill up fast. Other popular rides were virtually no wait, such as the Revenge of the Mummy and even Harry Potter and the Forbidden Journey. We also went right up to the tram for the Hollywood Studio Tour. 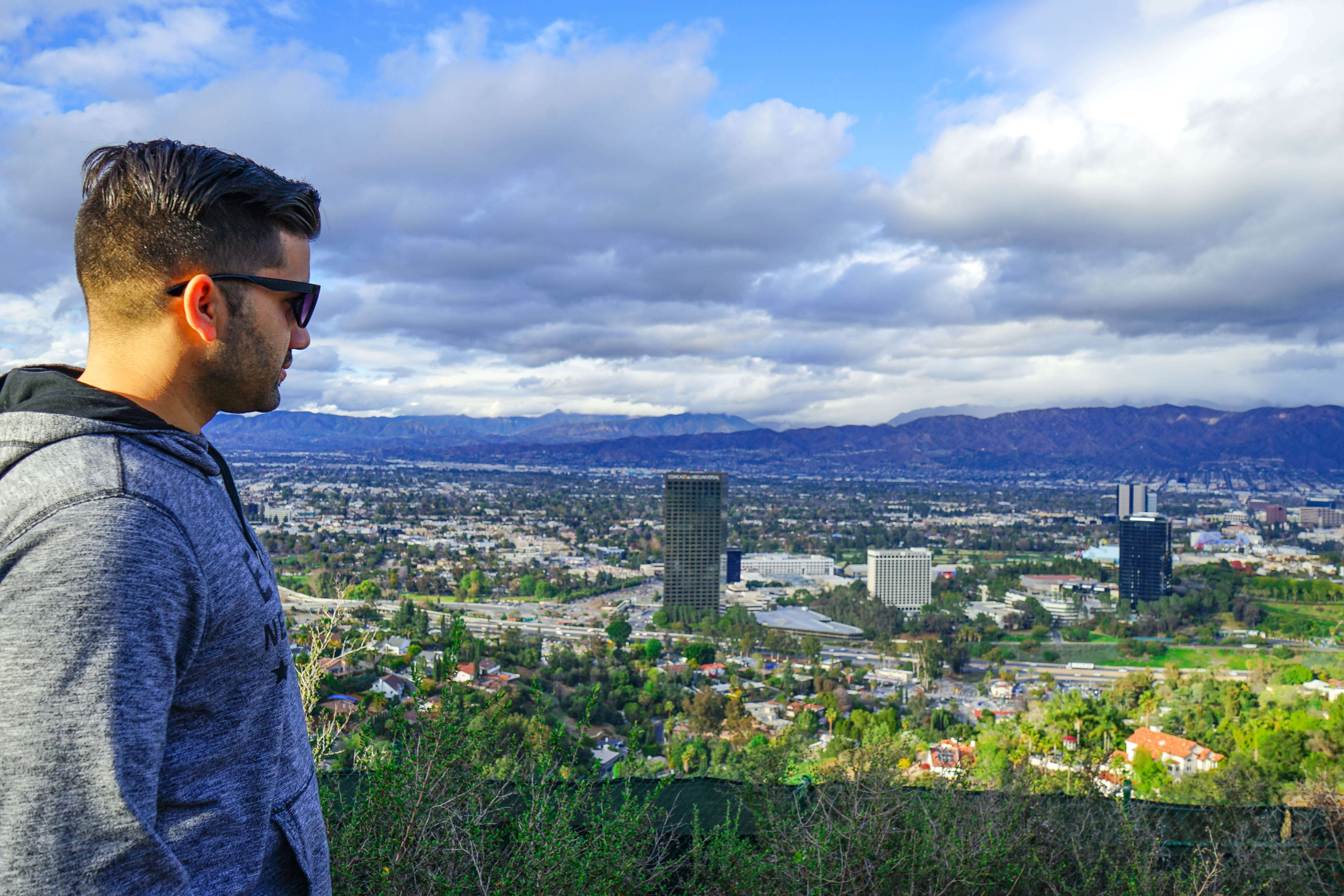 Universal Studios Hollywood was a completely different experience than the one in Orlando. The way the park is situated with it’s upper and lower lots, right next to the live sets of the studios, and the addition of the Studio Tour and the Waterworld show makes it very authentic. We recommend a visit even if you have been to Orlando’s park!

For more information on Universal Studios Hollywood, check out www.universalstudioshollywood.com

If you need help planning a trip to Universal Studios Hollywood in California for you and your family, feel free to message me at farah@nextdeparture.ca