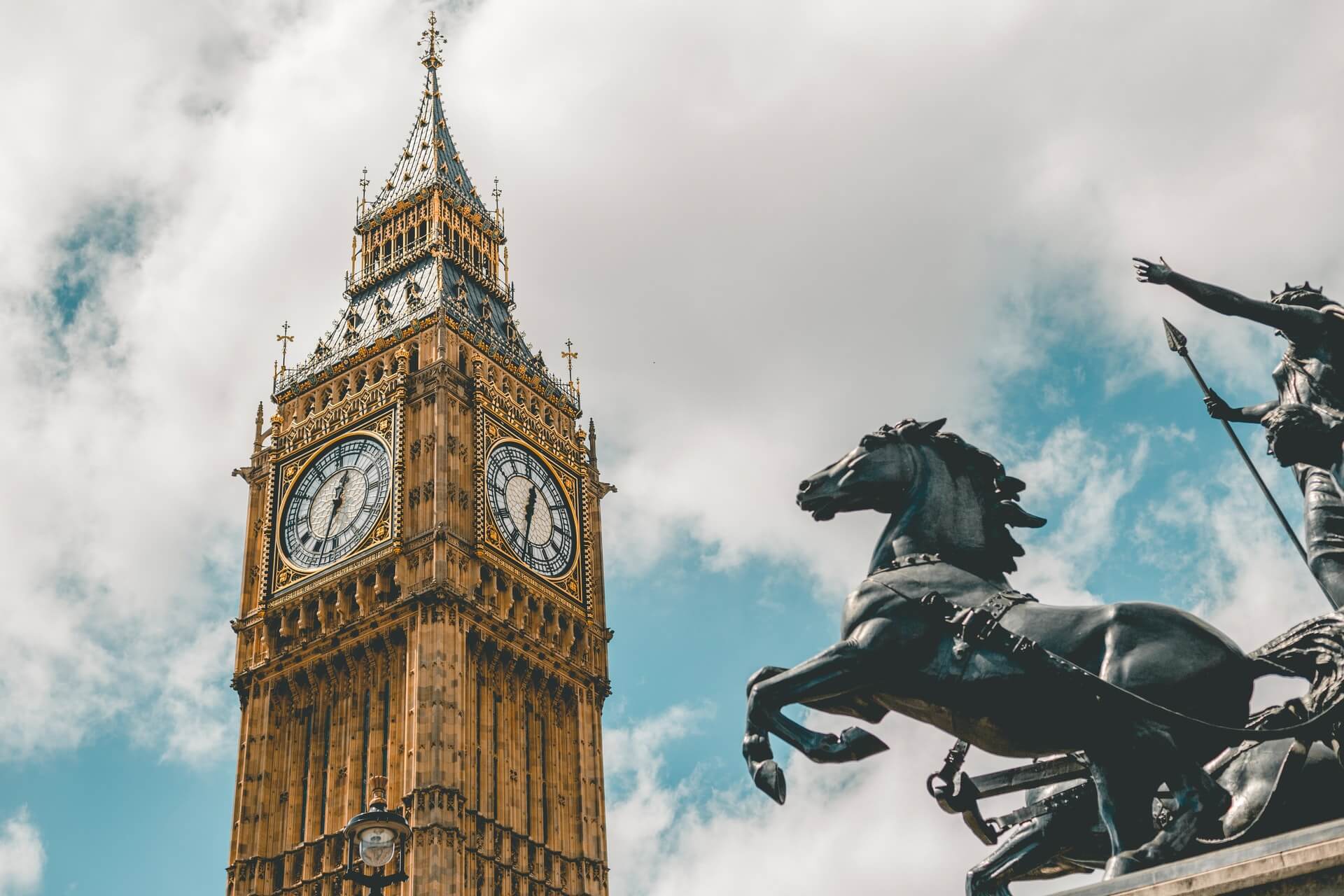 Is there a more quintessential list of sites to see in one city than Big Ben, Buckingham Palace, Tower Bridge, and the London Eye? London is world-famous, not only for its ever-extending influence on global culture and politics but for its unique blend of historical and modern architecture. Once the epicenter of global trade, London is arguably one of the most interesting cities in the world to visit for any type of traveler. And its proximity to Canada makes flying there pretty easy. Not to mention, TAP Air Portugal often has some great flight deals from YYZ. Most recently, we found a great flight deal to London & LIsbon for only $483.

So you’ve booked your flights to London and you’ve been before and seen the aforementioned heavy hitters a handful of times. You may be wondering – what else is there to do? What’s off the beaten path? For that, Next Departure’s got you covered:

Instead of Camden, try Leadenhall

Yes – you do recognize these ornately decorated stalls as the place where Mr. Potter got his wand in Harry Potter & the Philosopher’s Stone. But Leadenhall Market isn’t just a famous filming location, it’s a beautifully arranged high-end marketplace that offers shopping and dining in spite of its modest, 14th-century, history as a butchery. Bonus? It’s a covered market which means it’s the perfect stop on a rainy London afternoon. The gorgeous, wide, corridors are studded with unique yellow lighting and gold-red painted archways, making it the perfect spot for the artistic eye to snap a few memorable photos as well.

London is not often regarded as a place to see ancient history, but there is one place that many people are unaware of. Discovered during a construction project in the 1950s, the London Mithraeum is an excavated Roman temple (say what!?) whose artifacts were the first Roman relics to acknowledge the existence of London at the time of building. What’s more? The temple can be visited by booking online and it’s important to do so since each entry time is paired with a ‘performance’ of sorts. We don’t want to spoil too much, but let’s just say that the worship of this temple’s namesake god was a bit cult-y in Roman times, and London’s theatre roots come to full-fledged fruition in this underground experience.

Listen – London loves its palaces. If there’s one thing the British were known for, it was conquering and wealth. Both of these culminate in an abundance of stone palaces dotted throughout London and its surroundings. And while most will flock to Buckingham to watch a changing of the guards or hope to spot a royal, there is nothing quite as authentic as a palace surrounded by a moat and wonderful foliage. Situated near Greenwich, Eltham Palace bodes incredible interior design, blending the original 1930s style with a modern ArtDeco renovation and, oh yeah!, has way fewer hordes of people surrounding it for photo opportunities. Make sure you go on a sunny day to get the full experience on the beautiful grounds as well.

A Pint? How About Some Gin?

Of course, you’re going to google “Best Pubs in London” after you land. You’d be crazy not to. Pub culture is a marvelous set-piece of the U.K. that is imitated but never quite executed, globally. And while you’re likely to find a good pub within a 100m radius of wherever you stay, you’d be missing out on the authentic London experience if you didn’t hit up a gin distillery as well. Home to the famous Beefeater & Hayman’s Distilleries, London has many namesake bars that will catch your eye, but the hype lands on the City of London Distillery at the moment, home to the Whitley Neill brand. The underground space evokes old-school, speakeasy vibes whilst remaining an incredibly classy place to sample various flavors of the unique brew. It’s a perfect way to differentiate a night out in this wonderful city.

I’m not starting an all-out war on pubs here, okay? Go to a London pub! But London’s incredible scope means there is so much more to do than have a pint with some fish & chips every night. Right now, the hottest market in town is Maltby Street and it is the perfect place to spend a summer afternoon or evening, due to its plethora of eye-catching produce stalls, mingling closely with unique street food vendors, boasting cuisine from all over the world (done right!). The multiculturalism of London’s population comes into full view at Maltby and makes casual dining an event rather than a quick grab-and-go pit stop. Vendors sell a variety of delectable treats from arepas to gyozas to Ethiopian platters and even modern takes on English classics like bangers and mash sandwiches. The foodie in you is not going to want to miss this!

Move over Westminster. It’s all about Saint Dunstan

A trip to London (or most of Western Europe, for that matter) is incomplete without a visit to a church or cathedral. Christianity’s imprint on this part of the world never goes unnoticed, but that doesn’t mean it has to be mundane or that you have to visit places that, you know, resemble all the other churches you’ve seen everywhere else. If you’re fatigued from discerning between the various options to see London’s steeples and stained glass, head to St. Dunstan.

Dunstan’s unique characteristic is, well, that it was partially destroyed! Not only was it ravaged by the Great Fire of London, but Saint-Dunstan-in-the-East (as its stylized) was also hit by a German bomb in 1941, meaning some of the foundational walls were obliterated. What’s left is an incredible skeleton of a church that no one bothered to ever reconstruct. The result is a partially outdoors experience, where spring vines tangle through intricate architecture to create truly beautiful, haunting imagery. It’s the perfect place to spend a quiet morning before heading into the hustle-bustle of the surrounding city.

Like most cities of its size, London is full of incredible options for unique experiences. In the end, it really comes down to your preferences, but we hope that our tips get you thinking outside the box for your next jaunt to jolly-old England.