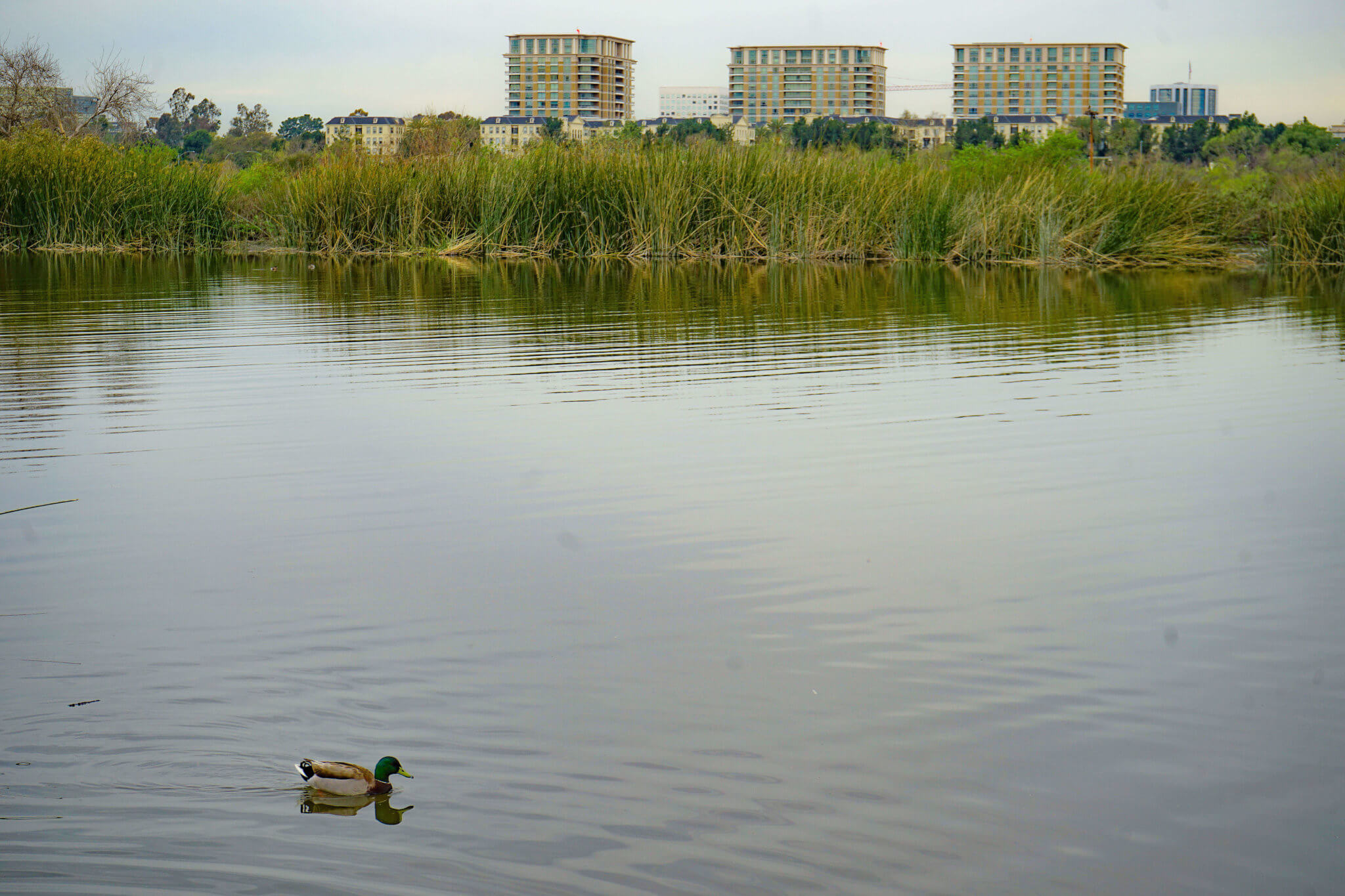 In March 2018, Rishi booked the crazy flight deal he found from Toronto to Orange County for only $135 CAD roundtrip! It was with Delta airlines where we landed in John Wayne International Airport.

Neighboring Costa Mesa, we were lucky to check out Irvine. We really enjoyed Irvine and thought it would be a really great place to live for anyone wanting to move to California. It’s got mountains 15 mins north and the beach 15 south with Los Angeles being only an hour away. It’s got a new and fresh feeling to the city. Everything was super clean, the residential neighborhoods were spotless, we were kinda surprised! 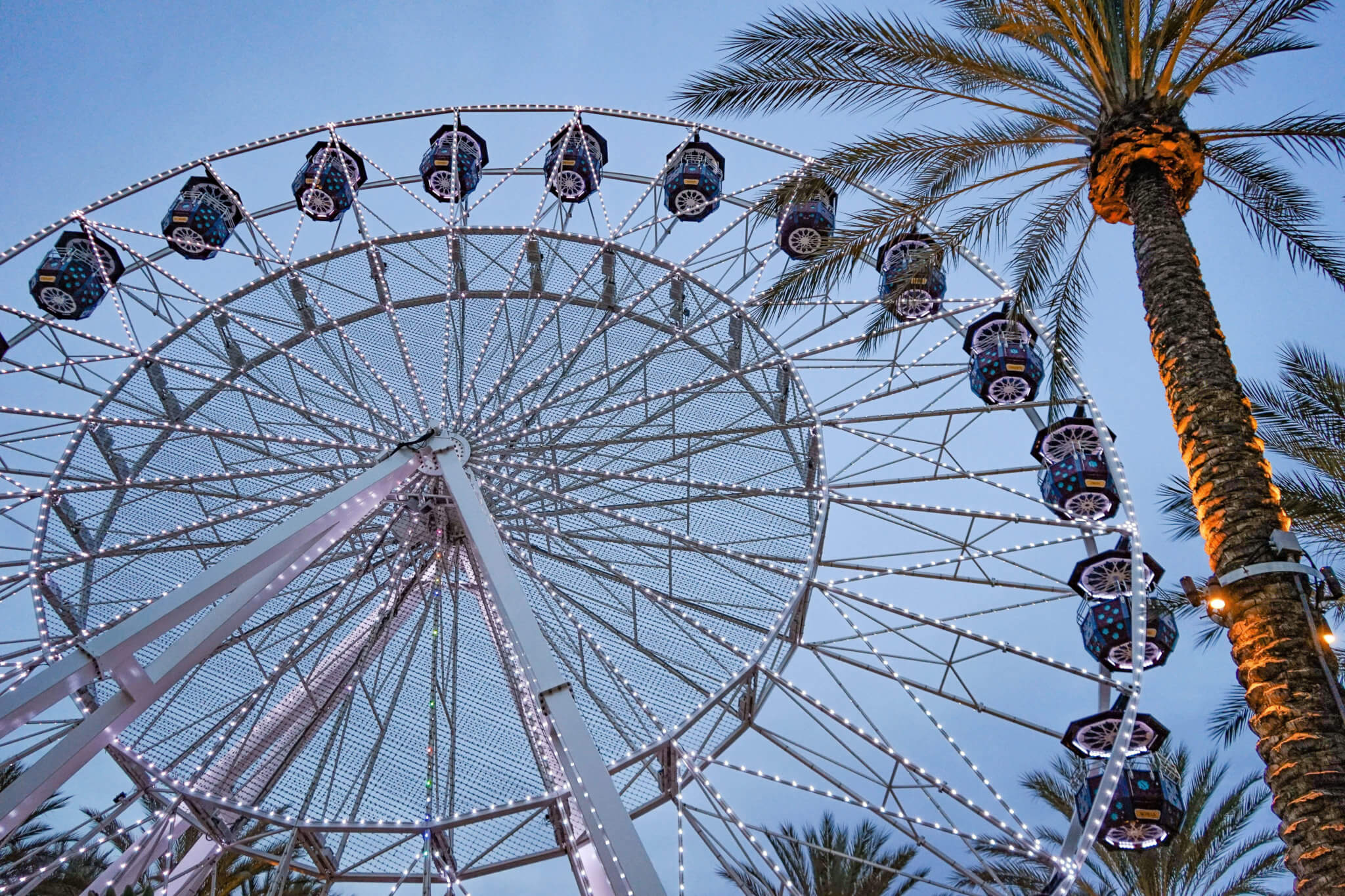 We stayed at the brand new Hyatt House located right next to the John Wayne International Airport. It was a great stay as we enjoyed a very modern apartment style suite. It included a full kitchen and living room as well as a very clean bedroom and bathroom. It was a great bonus that the bathroom had a separate vanity desk and bench which is great since most hotel bathrooms lack counter space. Breakfast is included which comes with a chef making the omelette of the day or your custom choice of omelette which gets served to you while you munch on the rest of the breakfast buffet. They got a small pool at the back of the building that gets the sun which is great for kids. We highly recommend the Hyatt House since new, modern and clean is the most important things in a hotel that we always look for.

One of the most fun things we did while visiting Irvine was going biking alone the Turtle Rock and Bommer Canyon Trails. The best part was that we rented electric bikes from Pedego. The owners Bob and Yo were extremely helpful in teaching us how to use the pedal assist system on the bikes and telling us where to get the best views. It felt like we were riding scooters going 25 miles per hour on the perfectly paved bike paths in Irvine. We were seriously hooked; I don’t think we can go back to regular bikes! 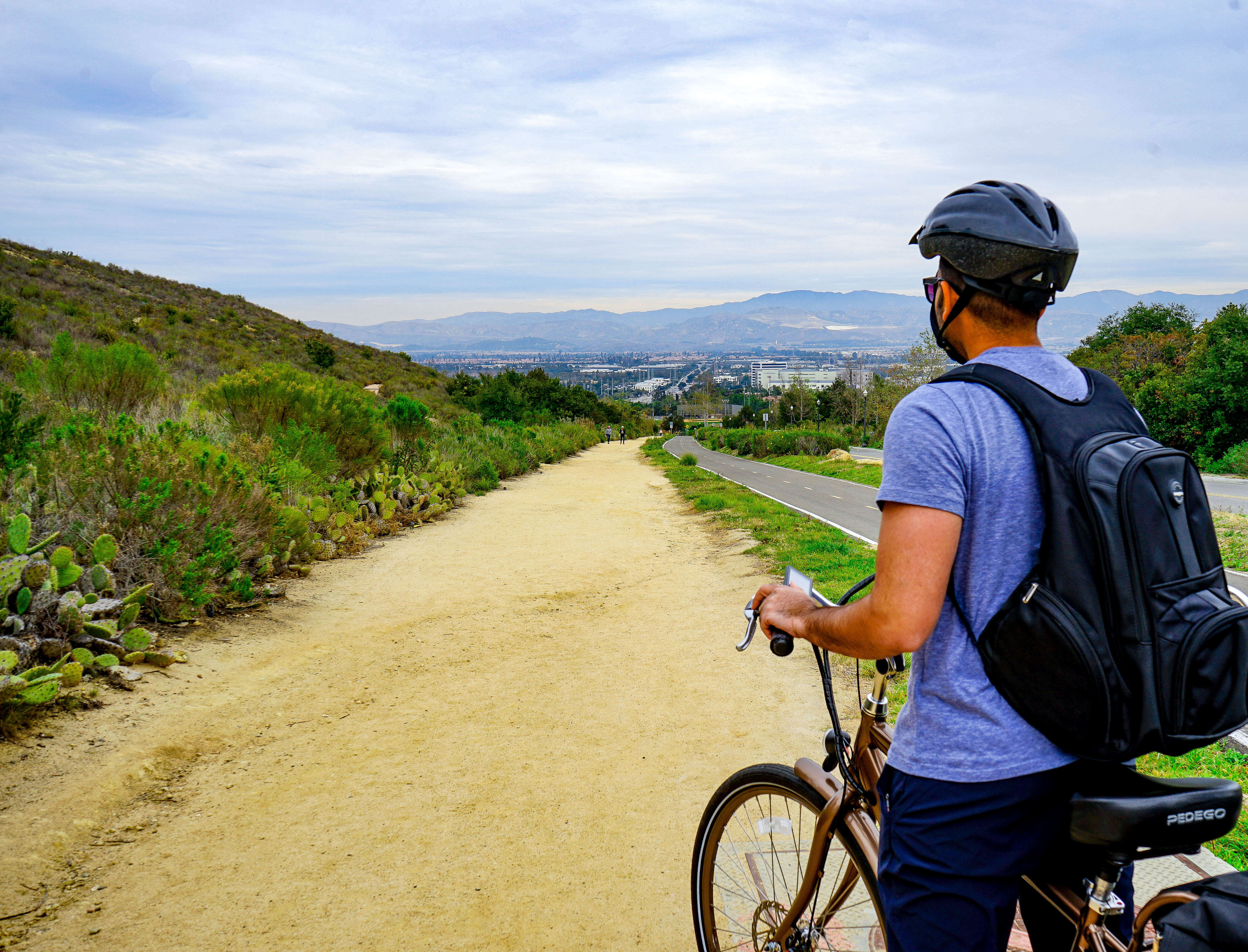 If you are looking to do some shopping, Irvine has one of the nicest malls; the Irvine Spectrum Center right off of Highway 5. It’s all outdoors with every store you could ever want to visit. It’s also got some great dining options. Best of all, there are some really unique attractions like a comedy club, a 7-D ride (yes, that’s seven dimensions), and a ferris wheel called the Giant Wheel. We were lucky enough to go for 3 spins on the Giant Wheel during sunset. It was beautiful. You can see all of Irvine from up there, from the mountains to the north and the Pacific to the south. 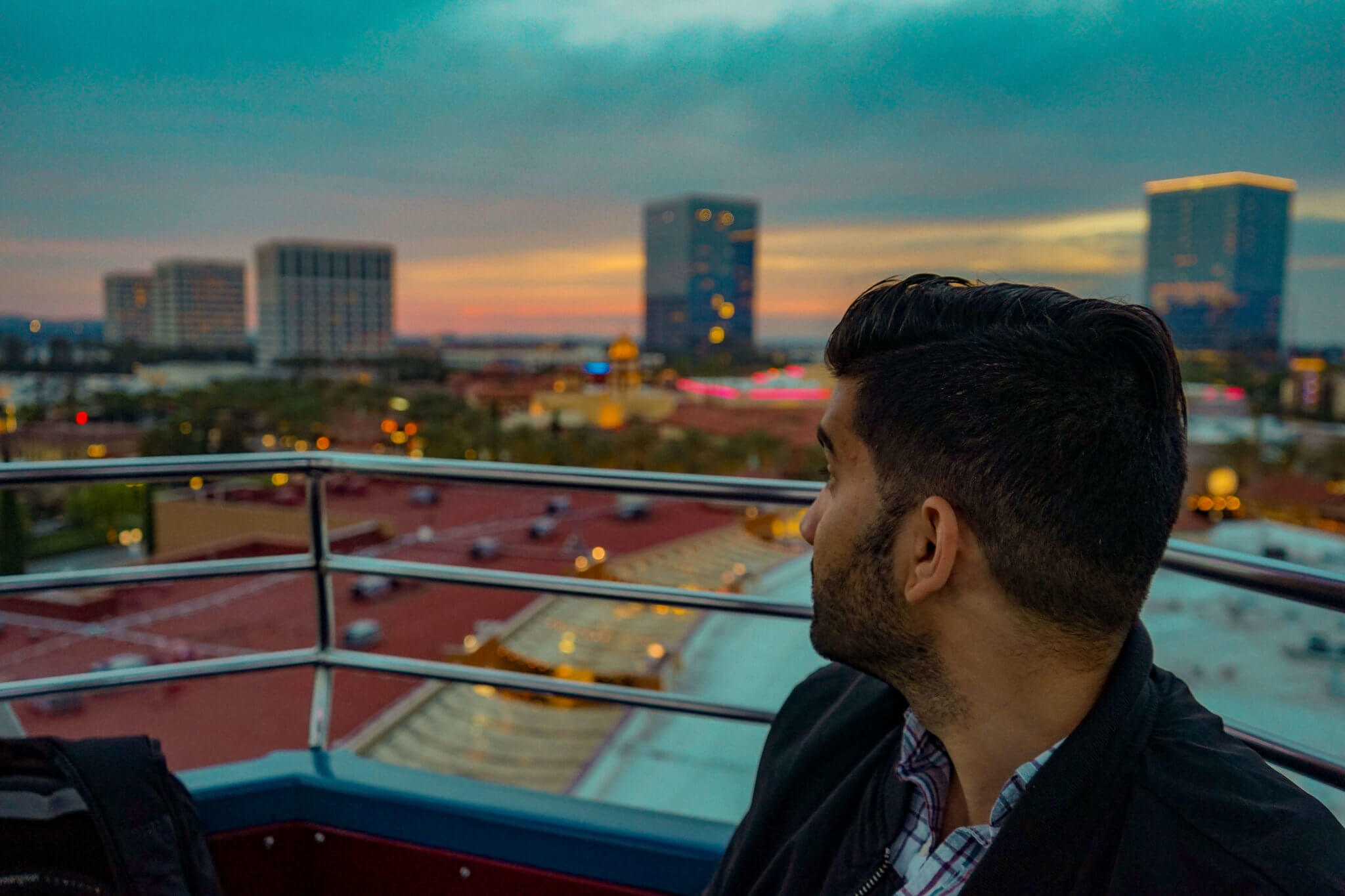 If you are interested in bird watching, Irvine’s San Joaquin Wildlife Sanctuary is a great spot to go to. It’s also conveniently located right in the middle of the city! It’s huge at almost 300 acres. Even if you’re not into bird watching, it’s extremely peaceful area that has 16 km of walking trails. We spent about an hour at the Sanctuary in the morning practicing our photography and taking in the fresh air. 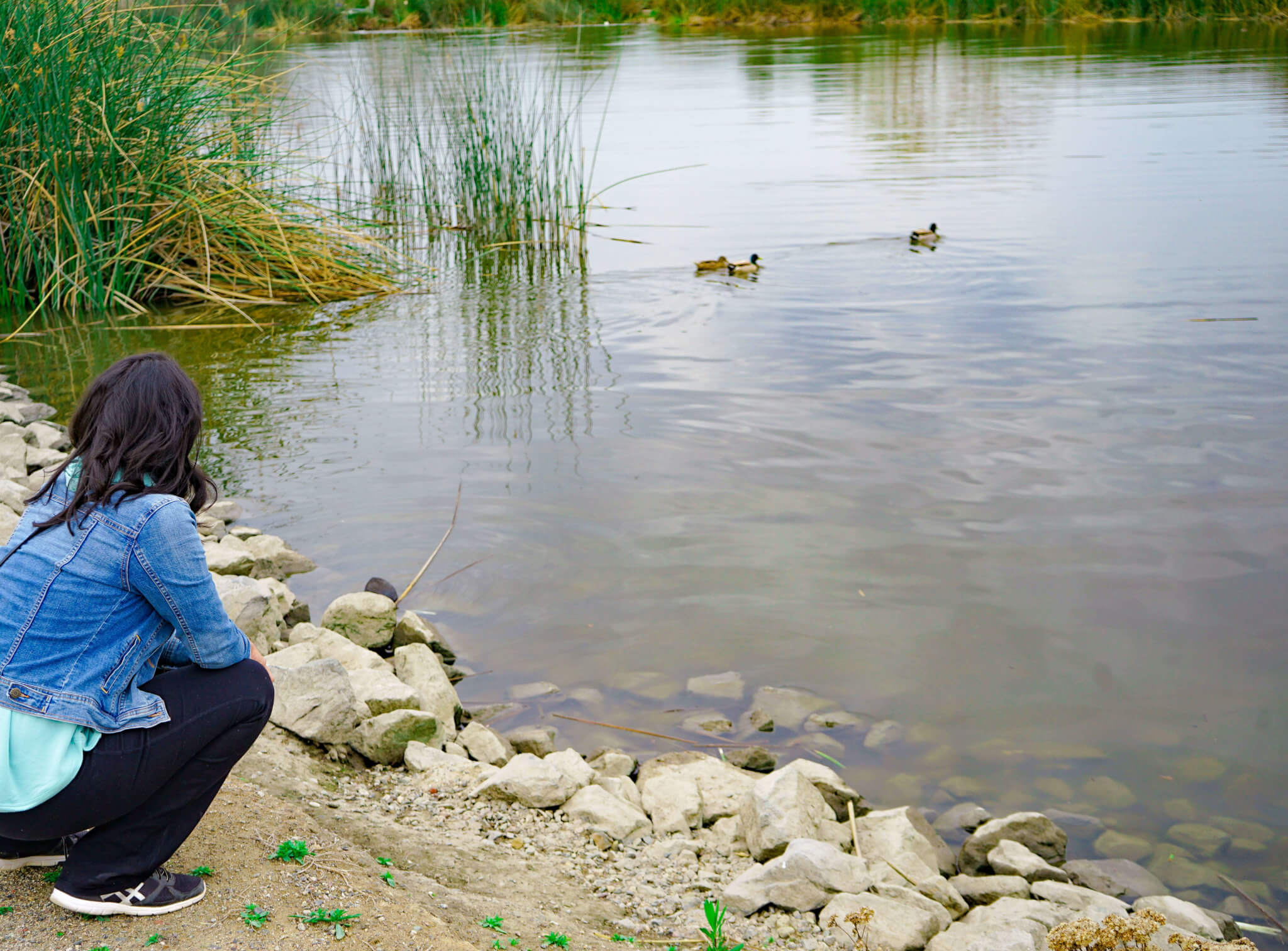 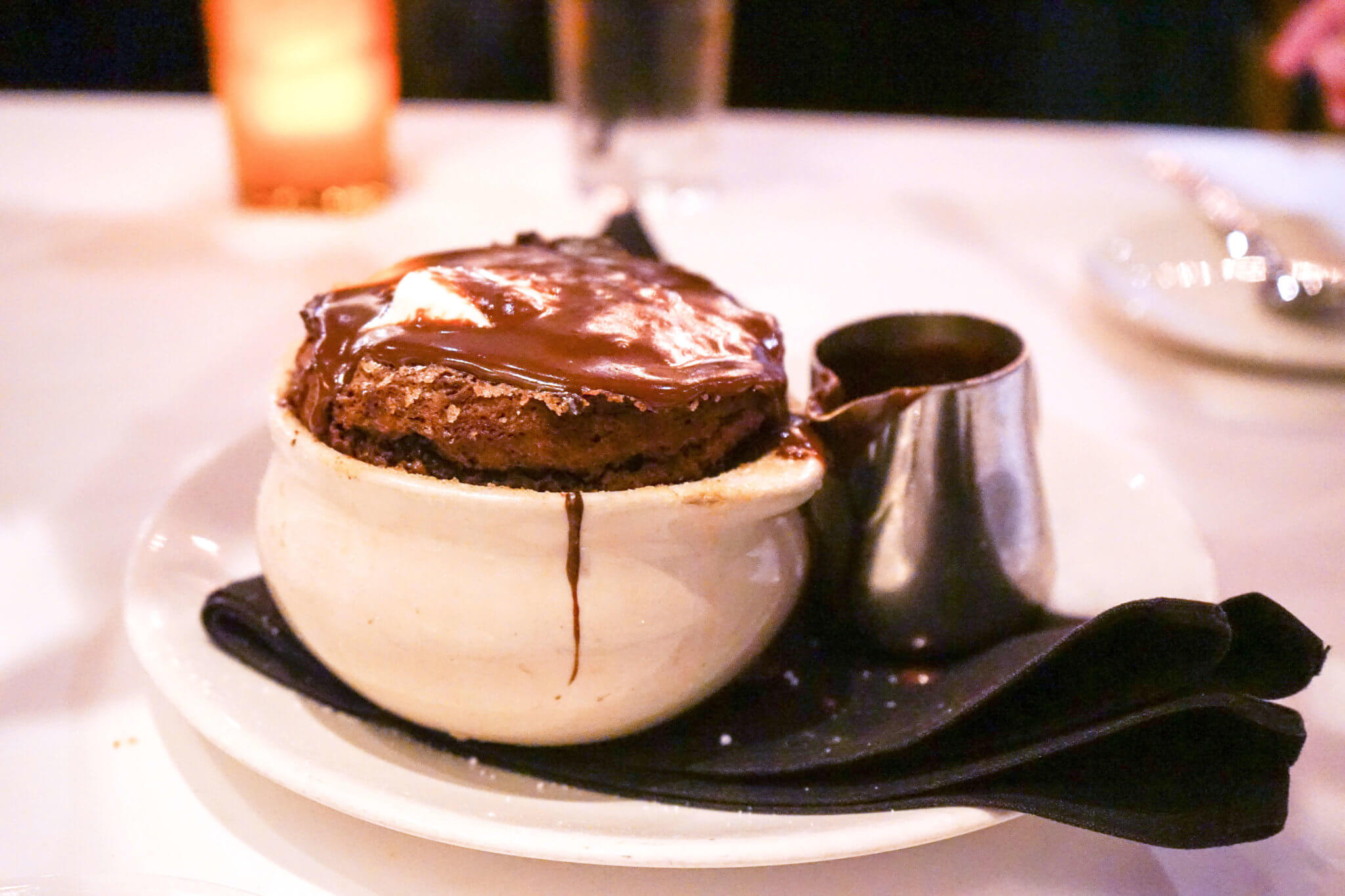 If you are looking for a good place for dinner, we recommend Taps Fish House and Brewery. We can say for sure it was hands down, the best service we have ever received in a restaurant, specifically at the Irvine location. The people who work there are a specially kind breed. Rishi had their “Wharf” Cioppino and he absolutely loved it. I also thoroughly enjoyed their pressed French coffee and their chocolate soufflé which takes 30 minutes to make and was out of this world! 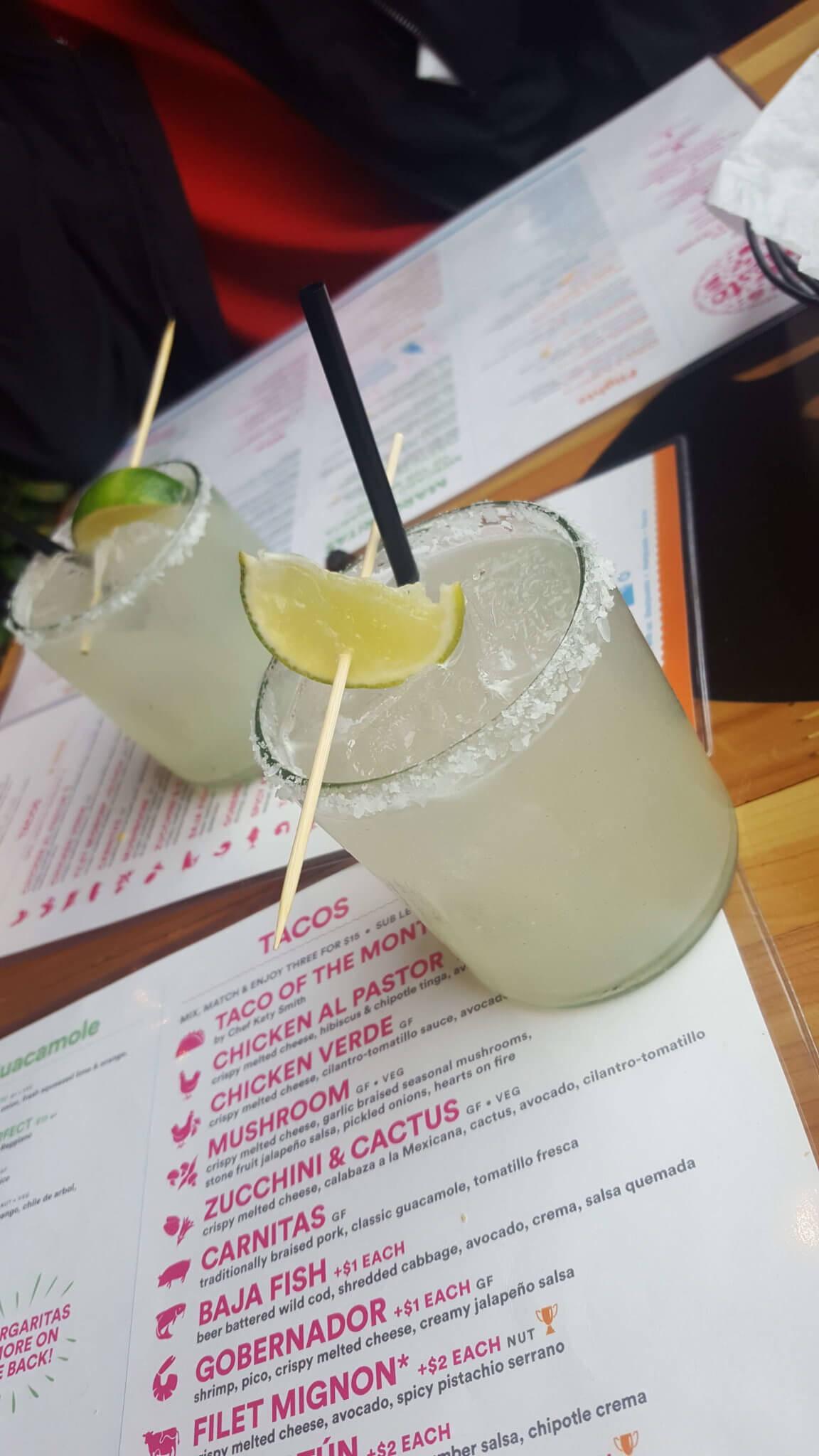 Another great spot for eat is Puesto. It serves Mexican cuisine with the most Instagram-able tacos. During our stay in Irvine, it was Orange County Restaurant Week where Puesto was participating. It’s similar to Winterlicious/Summerlicious in Toronto where restaurants offer a set tasting menu for the public to try. Included in Puesto’s set menu was choice of guac, tacos, and dessert. It was the first time I tried a horchata, which is a Mexican dessert drink. It was so delicious!