Westjet has dropped their Hawaii flights from multiple Canadian cities down to only $355 to $420 CAD roundtrip including taxes.

Majority of cheap dates are available in April

2. Search for: Winnipeg, Calgary or Edmonton to Maui, Kauai, Honolulu or Kona roundtrip

3. Look for dates listed from $355 to $420 CAD roundtrip from January through April

4. You can book directly with Westjet or plug in your dates into Flighthub for the cheaper pricing 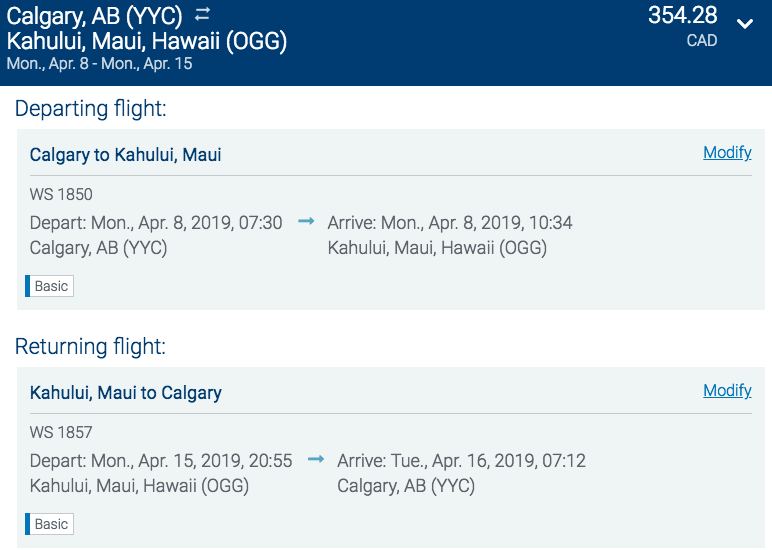